“In a humanitarian gesture, Medtronic published one of their ventilator designs. Propel spun up a partner community and imported all of that data in a format that was easily understandable and downloadable for users around the world. We could not have spun up a community that fast unless we were using Snapshot." 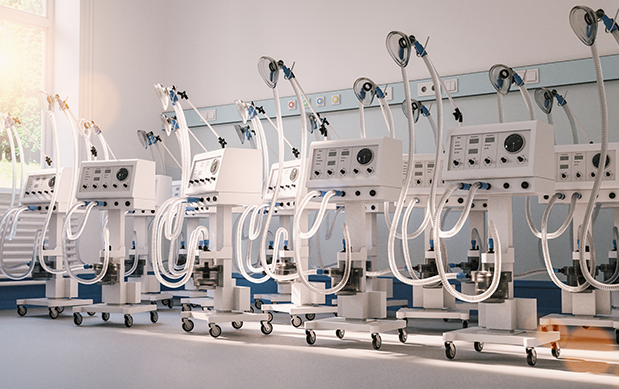 In the early weeks of March, as the world’s busiest cities abruptly grinded to a halt and streets previously lined with bumper-to-bumper traffic stilled, manufacturers across the globe scrambled to find a solution for a quickly depleting resource vital to fighting the COVID pandemic: ventilators. These machines provide airway support for both adults and children and are crucial in keeping patients whose lungs have been impaired by the illness alive.

In a humanitarian gesture, medical device company Medtronic publicly published a design for PB 560, a ventilator they had originally created in 2010. According to a Medtronic press release, this open source initiative allowed “global participants to evaluate options for rapid ventilator manufacturing at scale to help doctors treat patients fighting COVID-19.” But while publishing the data seems simple enough, getting it ready to use was a much larger endeavor.

What was the problem?

The data for the ventilator included various different files, including bills of material, hundreds of ventilator drawings, manufacturer’s instructions and data sheets for individual components. Unfortunately, once the data was made available, manufacturers didn’t really know what to do with it.

“The worldwide community quickly reacted with some amount of confusion because that data was not really in a format that was understandable and accessible,” said September Higham, VP of Professional Services at Propel. “Well, organizing engineering data is exactly what Propel does.”

Propel PLM is a Santa-Clara based company that helps companies achieve product success by connecting the people, systems and processes needed to deliver products from concept to customer. It serves customers around the world in high-tech, med tech, consumer goods and manufacturing.

One of their customers expected it to take over three weeks to extract usable data from the source — too long to fight an international pandemic. In order to help make the data more functional, Propel turned to Metazoa Snapshot.

How did Snapshot help?

Snapshot allowed Propel to quickly import all of the Medtronic data in a format that was easily understandable and easily downloadable.

Propel was able to use a configuration they had used for other manufacturers’ products, similar to a ventilator, and moved it into a Salesforce partner community. This allowed them to open up the data to the public. Users could collaborate with each other, send chatter messages, improve on the design and request edit access. Propel was able to get all this done in 1.5 days — much quicker than the three weeks their customer anticipated.

What was the result?

About six weeks later, Propel had manufacturers intending to manufacture the PB 560 ventilator logging in from all over the world and downloading this data. Higham says Snapshot’s ability to capture and migrate data and metadata provided Propel with the solution they needed to react quickly in a crisis.

“We could not have spun up a community that fast with our complex configuration unless we were using Snapshot,” she said.

Making the PB 560 data accessible allowed for an increase of global production of ventilators, playing a critical role in keeping COVID-19 patients alive. “To date, there have been more than 200,000 registrations for the design specifications,” Medtronic stated in its press release. The release of the PB 560 open source specifications came ahead of plans to make more ventitors with Tesla. While Medtronic couldn’t provide details on the partnership, a spokeswoman said that, “The project with Tesla may range from making the PB 560 as well as components spanning Medtronics’ PB 560 and PB 980 model lines” (Forbes).

As the world continues to fight to keep the pandemic under control, we rest a little easier knowing that Propel — with the help of Snapshot — helped save lives.