Many of us know the awkwardness of trying to come up with a fun fact at the beginning of a new class or job. We quickly try to find 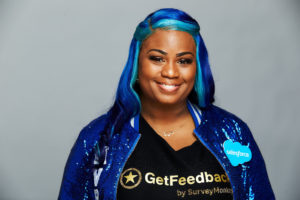 at least one interesting thing about ourselves — having a twin, studying abroad, standing behind Matthew McConaughey in line at Disneyland. But if you ask Shonnah Hughes for one interesting fact about her, she has a long list ready to go.

She could tell you about her corn detasseling job when she was 13, or that her dream job is to be a fashion designer. She could talk about how one of her art pieces is a fixture in the community where she grew up, or about the time she was struck by lightning. But if you really want to know what makes Hughes unique, you would have to go back to her roots in Minnesota.

In a speech at the Minnesota Aspirations in Computing Awards Ceremony on April 18, 2017, Hughes talked about her life growing up in the projects on the northside of Minneapolis in the late ’80s and early ’90s. These projects have since been demolished and the area gentrified; the environment filled with drugs, gangs, violence and hopelessness. Hughes grew up very poor. Her mother didn’t graduate high school and, as was common in her neighborhood, was a drug addict. She doesn’t remember much about her father, who has been imprisoned since she was six.

“I’ve seen things in my life that no child or adult should be exposed to,” she said.

At 14, Hughes got pregnant with her first daughter. Navigating going to school full-time, working full-time and being a mother, she was resolved to not become a statistic. With her tenacity and drive, she graduated high school a year early. Then her life took another 180.

“Growing up in the kind of environment we did, we had to rely on each other. She was my rock…I owe a lot of my bravery and who I am today to her love and encouragement,” Hughes said.

If you were counting, those were 10 interesting facts about Shonnah Hughes. But she will tell you that not one of them is the most interesting thing about her. So, what is?

“Unfortunately,” Hughes said, “the most interesting thing about me is that I am a successful woman of color in tech.”

Hughes started her career 16 years ago, a self-taught technologist who had an “aptitude for learning and manipulating software applications in a short amount of time.” She would become the de facto technical trainer for her company.

“I loved how I could turn a manual business process into a creative automated solution using tech,” she said.

Hughes has been a Salesforce user since 2004. Today she totes a number of accolades, including Salesforce MVP, Salesforce Lightning Champion, Salesforce Trailblazers for the Future and Equality Award Winner. She has even signed the White House workforce pledge with Marc Benioff.

This is who she is on paper, or what you would know without really knowing her. In a world dominated by white men, Hughes has risen to success despite sexism, ageism, classism and people questioning her competence time and time again. Hughes’ “single 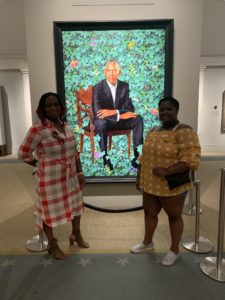 story” is as a successful woman of color in tech, but all her stories have contributed to her success and led her to where she is today.

As Hughes so eloquently put in her speech: “Yes, I grew up poor and in the projects, but I learned survival and how to thrive in hostile environments. Yes, my mother was an addict and my father was in prison, but I learned that a mother’s love is unconditional and you are responsible for your own destiny. Yes, I was a teen mom, but I cultivated humility, resilience, patience, and selfless love. Yes, My sister was taken from me, yet I learned the importance of making an impact and valuing the things that matter.”

Hughes is a force to be reckoned with; a self-made woman in tech who has become a trailblazer not only because of her passion and drive, but because of how she grew up. We are so lucky to know you, Shonnah! 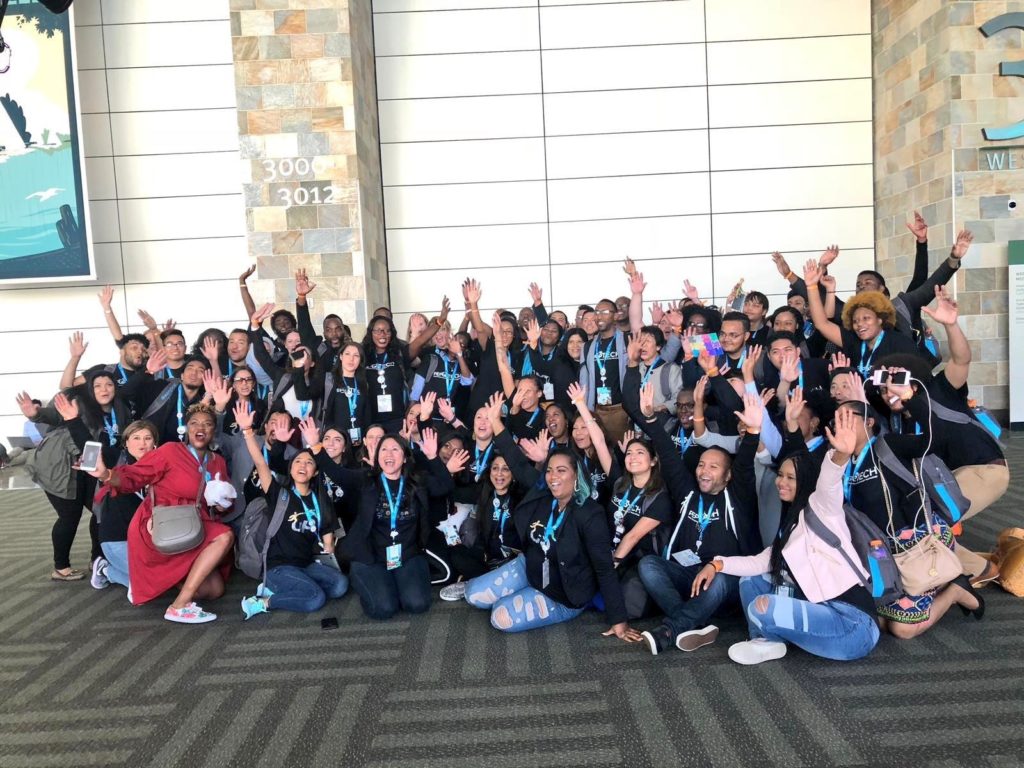